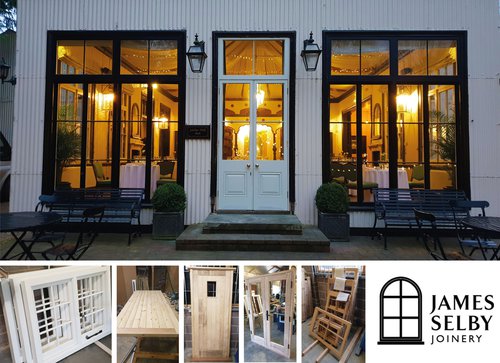 If you’ve ever struggled to justify the cost of software for your joinery business, then read about James Selby who runs a small joinery business in Blandford Forum, Dorset. After two years using Joinerysoft’s Joinery Management Software (JMS), James says, “to be honest, I don’t think I’d want to run a joinery business without JMS now!”

James Selby Joinery has been trading since 2007 when James started in his garden shed before taking over an established joinery business and grown steadily ever since. He manufacturers timber windows and doors and has built up a reputation for excellence in customised and high end joinery which provides him with regular business and new customers mostly through word of mouth. James classes himself as a small business with only a part timer and apprentice helping him one day per week plus a partner who manages the finishing and painting. As the main joiner James has to juggle production with office work and it was this conflict that caused him to investigate possible software solutions a couple of years ago.

After a couple of months of investigating software James was convinced. He says, “As soon as I saw a demonstration I could see how fantastic JMS was going to be.” Adding, “The setting out, diagrams, ease of use, the hours that you save by pulling up the saved details; JMS solves all those problems. It’s good value for what it does.”

With James already busy in the office, training was really important. He says, “The trainer was brilliant. His knowledge and helpfulness has enabled me to create a solid base in the office and led to huge benefits to my business.”

One of the many benefits to JMS is the professional quotes that are produced. James says, “I’m competing against companies that are still quoting in a ‘Word’ document. While competitors’ quotes are set out nicely they don’t compare to JMS which looks much more professional and gives a good image of my business..” James confirms that he’s won quite a few jobs on the initial appearance of his JMS quotes. The fact that it includes all the information; if weather sealed, double glazed, fully furnished - there is nothing for customers to question. It’s all nice and clear and saves any confusion further down the line.

Previously James would dread quoting anything more than two/three windows, especially if it was anything out of the ordinary. He would have to spend hours calculating cutting lists, timber, and glass, knowing that he couldn’t bill for this time either. Now he says, “It’s very quick to generate quotes, with the benefit of being able to get back to customers within a day. That makes a huge difference.” With repeat business he is able to instantly pull up their saved details and simply amend the sizes to produce a quote minutes later. It has proved particularly advantageous to his larger customers, who often manage large estates. They can ask for speculative quotes without any guarantee that the work will materialise, so it’s important that it doesn’t take up too much of James’s time. Providing this enhanced service puts James in a good position to win future work, without it costing him in time or money.

Times savings brought about by JMS means that James no longer has to work until eleven pm at night. He now works just five days a week, a huge difference from the seven day weeks he used to put in. He adds, “I’m still in the office because I run a business, but I’ve gained an extra three days per week in the workshop!”

James is delighted with the ease of use of JMS and its ability to store customer data for him. He says “After a recent period of absence, I was able to come straight back into the office and start production at full speed, as I’ve not had to hunt for lots of paper that I put down weeks previously. Everything in JMS is always ready to go and nothing gets lost.”

When asked about customer support, James describes the team at Joinerysoft as ‘fantastic’. He adds, “nothing is too much trouble for them. They call me back quickly and spend time explaining everything thoroughly.” Another positive about Joinerysoft he says is that the software continues to improve with updates. One recent improvement that James uses all the time now, is the ability to separate out finishing costs from the quote. James says, “It’s fantastic because sometimes you can look expensive if you’re compared to a competitor whose only quoted for a primed finish and you’ve quoted fully finished. Now I can take the finishing cost off the main price and add it to the bottom of the quote, so the customer can compare like with like and it’s a real winner for me.”

James says, “I’ve heard joiners running one man bands saying that they can’t justify the cost of software. I believe that if you’re a one man band you almost need it more than some of the bigger companies because you haven’t got the time to sit around drawing up quotes by hand and sending off ‘Word’ files.” He adds, “ JMS has made a huge difference to my business and easily pays for itself twice over in the year, if like me you produce windows and doors.”

James concludes, “The best thing for me is the time JMS saves me and the professionalism of the paperwork that goes out to customers; it’s really the image of my business.” He adds, “After the initial input of work it’s really low investment in time. It’s a huge time saving and the quality you get out of JMS is excellent.” 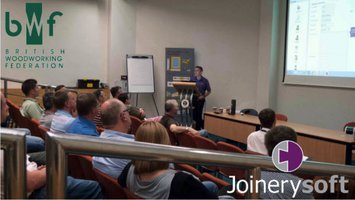 Joinerysoft is pleased to be the headline sponsor at the BWF Members Day on 7th July 2016, held at Whittlebury Hall Hotel & Spa, Near Towcester, Nort… 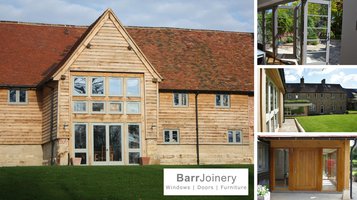 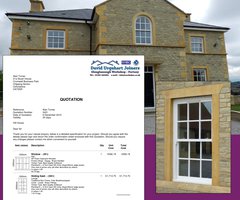 David Urquhart Joiners purchased Joinerysoft’s Joinery Management Software (JMS) in 2008, but due to intense change in the business and quick expansi… 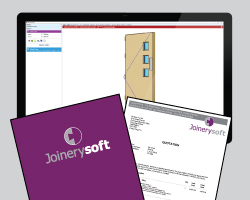