James Gilchrist, owner of Beechhall Joinery, bought Joinerysoft’s Joinery Management Software (JMS) one year ago and since then has more than tripled his turnover and increased his production capacity. James purchased a five head moulder shortly after JMS because he was winning so much work that it was the next step to improve capacity. He says, “As well as JMS our new five head computerised moulder has played a part, but I would say that JMS alongside the new moulder is definitely the biggest part of it.” 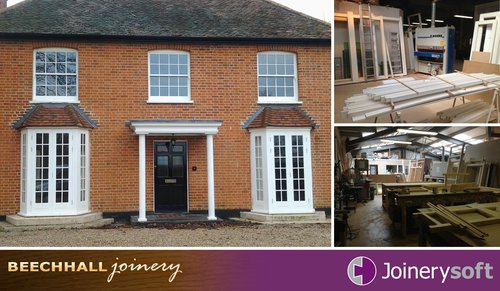 James viewed JMS on a number of occasions at woodworking shows, however it wasn’t until he was recommended it by another joiner that he decided to purchase it. He says, “If a joiner who I knew wasn’t computer literate could use JMS successfully for his small production set up then I knew it would help my larger scale production.”

Fed up with manually producing delivery notes and glass tickets, James realised that Joinerysoft provided a complete package including initial survey, drawings, quotations, customer confirmation, cutting lists, timber, glass & fittings ordering, delivery notes and invoicing. The added bonus which clinched the matter was Joinerysoft’s ability to provide a complete factory production control facility including u-value calculation and CE label printing. He says, “I investigated a number of different solutions to comply with CE marking regulations but they were all expensive and only Joinerysoft provided a complete production solution.”

James Gilchrist has joinery in his blood with 5 joinery businesses amongst his family. From the age of 9 he was helping out at his father’s factory so it is no wonder that he became a joiner himself. Based in Waltham Abbey, East London, James started his own business in 2007 and now employs 20 joiners manufacturing box sash windows, all types of door including bifolds, casement and storm proof windows. His 10,000 sq ft production workshop includes a glass facility that supplies not only his own glass requirements but also supplies glass for other joinery companies, utilising 3 tonne of toughened glass to produce around 600 double glazed units each week. They typically manufacture 40-100 timber box sashes per week. James has also just started a PVC division supplying and installing PVC windows to complement the timber joinery he produces.

Prior to JMS, Beechhall Joinery were more advanced than most in providing drawings for clients but the lack of paper trail and manual creation of delivery notes and glass ordering created a time consuming process. James adds, “Previously I wouldn’t have bothered updating our prices if the survey showed the initial sizes to be incorrect, and if a customer lost the fittings on site I wouldn’t be able to prove that they had received them. Since having JMS I can easily provide an updated quotation after the survey, and delivery notes signed by the customer allow me to charge extra for replacement items, protecting my profit margins.”

Utilising JMS for not only their joinery production but also for glass manufacturing James says, “I’ve found JMS very easy to use; the two days training was enough and if there is anything I don’t understand Joinerysoft are at the end of the phone.” He adds, “We’re not computer genius’ here - the training was excellent and provided by a time served joiner which meant that I could speak to him in joinery terms and he was able to relate the software to my business in ways I could understand.”

James says, “JMS saves us time and money. We do not have to manually produce paperwork, human error is removed from manual calculations and the detailed paper trail allows us to order glass & fittings ahead, allowing us to prefit ready for installation.” He adds, “Ordering is streamlined, removing guess work from orders and ensuring there is no waste. JMS tells me everything I need including how many glass beads and accurate lead weights.” Beechhall even have their own lead smelt too which means they can produce everything in house, only buying in raw sawn material.

James believes that his growth is due to JMS giving him full production control from raw material right through to installation. He says, “Every joinery shop should have JMS if they want to make money. The proof is in our results; turnover has gone up from £500,000 a year ago to predicted £2 million this year.” 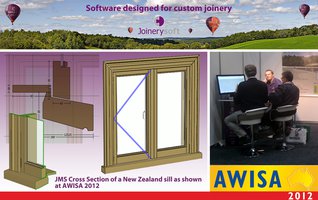 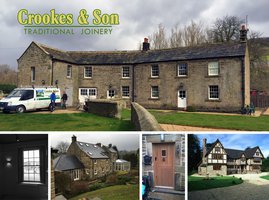 After 40 years in a joinery partnership creating bespoke windows & doors in the Sheffield area, Bob Crookes decided to go it alone in 2010 and start … 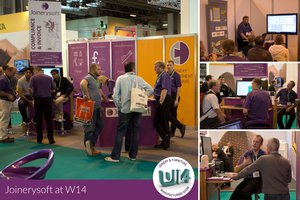 Best show ever for Joinerysoft at W14